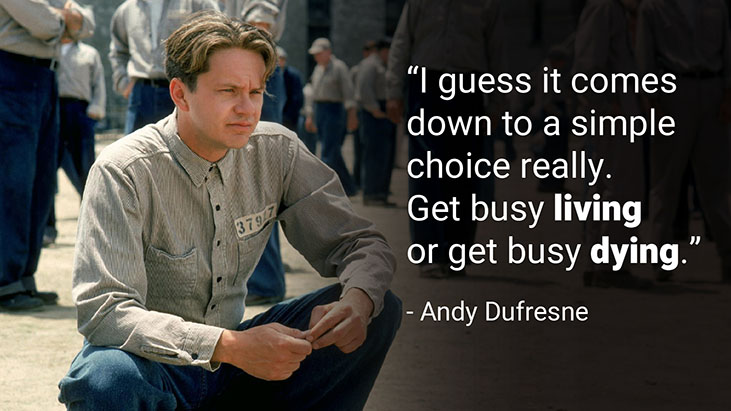 Shawshank Redemption is one of the finest films ever made. It touches on so many themes that are relevant to current issues. As such, one of the greatest comparisons and insights you can make from Shawshank Redemption is in the world of entrepreneurship. Its characters and themes highlight poignant aspects of being an entrepreneur from first concept to building a viable business.

No other character in Shawshank Redemption quite captures the true spirit of an entrepreneur quite like the hero, Andy Dufresne. Andy is the perfect example of the character traits an entrepreneur must have in order to succeed on the tough road to success.

Andy Dufresne as an Entrepreneur

First and foremost, Andy had a skill set. One which, in the movie, allows him to get in a position to escape. That’s the first thing you need as an entrepreneur — a skillset. That skillset can take many forms, from managerial skills to trade skills in a specific industry. But simply having a skillset doesn’t automatically mean success. Andy Dufresne didn’t just have a skillset, he let it be known. That was a huge risk! Just as Andy did, you have to take a risk – you have to let your skillset be known.

Additionally, if Andy got caught tunneling through that amazingly thick wall, the consequences would have been severe, to say the least. How many people, not knowing exactly what was on the other side of the wall, would have risked it? I would venture to say not many. They don’t want to take the risk.

Taking calculated risks is a large part of entrepreneurship. Just the emotional daily stress of never knowing if his work would pay off, or worse, if it would be discovered, is enormous. Plus, Andy was at risk every day by bringing bits of tunnel out to the prison yard and dumping them from his pant leg. As an entrepreneur, you need to take calculated risks. Ones you may not know if, or even when, they will pay off.

So, you need a reasonably good idea and then have the guts to start and keep pursuing it. Some people don’t have good ideas. Others have good ideas, but never start. Some people start but don’t keep going. As an entrepreneur, you can’t afford to stop. You have to soldier on, even when the odds are stacked against you, just like they were for Andy Dufresne. What we are really talking about here is the glorious character trait called grit.

It helps to have some domain expertise

Andy Dufresne had domain expertise. He knew how to do accounting. This allowed him to gain favor in the sight of the warden. Once he was in charge of the warden’s bookkeeping, he was put in a position where he could escape. And, after he escaped, the skills he honed allowed him to assume the image of the warden’s fake persona, take the warden’s money, and finally, escape to Mexico. Similarly, Andy knew enough about rocks and minerals to know that he could be successful at chipping away at the wall.

As an entrepreneur, you need to be good as something. And whatever that something is, you need to be able to take that skill and use it for your benefit. Knowing everything isn’t the answer, but knowing enough is. You have to know what the wall is made of.

You have to be friends with people who can help you

Andy Dufresne made friends with a lot of the inmates. Thus, his escape was made easier by the inmates who did him favors. Likewise in entrepreneurship, you need to find and befriend people who can help you. This absolutely includes those who you hire. Your leadership should engender loyalty from all whom you interact with. You need to get to know them and care about them. If you do this, you will never want for people who can help you reach your goals.

You have to take calculated risks

“Everything in life is a risk and one of the greatest risks of all is choosing to do nothing.” – Sean Marshall.

Andy Dufresne didn’t shy away from opportunity just because it was risky. He put the thought, time, and effort in, realizing that it was reasonable for him to try and escape. Even though this meant if he was caught, he would be severely punished. 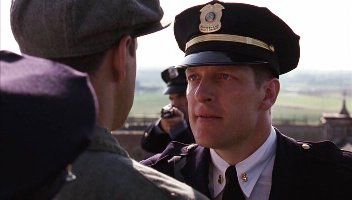 The same is true for you. Don’t shy away from opportunities that come your way just because they are risky. Risks are just part of the journey. And choosing to do nothing is often worse than trying something, anything.

You have to plan for future success

Andy Dufresne planned on being successful. He set up the warden’s books, and made a plan so he could empty the warden’s bank accounts after he escaped. This is a huge part of being an entrepreneur. You need to plan for your success and set yourself up for it. You can get a lot further simply believing you’ll succeed, than if you’re constantly worried about failure. There is a whole philosophy about this that is popularly called scarcity mentality vs. abundance mentality.

You have to be patient and get the timing right

Andy Dufresne waited for years to escape. It took a long time for him to chip through the wall and get the broken up material dispersed in the prison yard. He also waited patiently for the perfect opportunity to execute the various parts of his plan. He had to be stealthy about stealing the warden’s clothes to wear once he successfully escaped. And he waited for the perfect night – a loud thunderstorm providing the perfect cover for him to break the pipe. Also, the rain washed out his tracks and making it very difficult for him to be tracked by the dogs.

Correspondingly, the phrase “patience is a virtue” applies to entrepreneurship. You have to be willing to be patient and wait for the perfect time to act. Make sure all the cards are stacked in your favor, so to speak. You want to have every aspect set up so you can succeed. But you can’t be afraid to move forward swiftly once the time is right.

You have to execute when it is time

In the end, Andy ended up on a beach in Mexico, living his dream. He had plenty of money. And he even took down some evil degenerates along the way.

A real human will text you all the answers. Just enter your number below to start a conversation.

BTW, with TextSanity, you get this texting plugin that you can easily install on your own website.